When Edmunds students in Ms. Forts 3rd grade class got back to school after winter break, Ms. Fort decided they should celebrate. The students decided that to jump-start the new year, and a new math Unit on fractions, by using pizzas.  (A shout-out to Kum and Go on Keo Way for providing pizzas with really well cut equal parts!)

First the class had to decide the number of pizzas needed in order for each student to get two pieces of their choice. Students put on their problem solving skills, utilizing multiplication and division, which they had studied in previous math units. A couple of the pizzas needed “1/2” toppings also, so that was a mathematical consideration in ordering as well. When the pizzas arrived, the class discussed the concepts of parts and whole with their tasty examples; they also kept record of the edible fractions in their own paper circles, which represented the pizza. The class touched on equivalent fractions, and took care of their pizza quotient too! 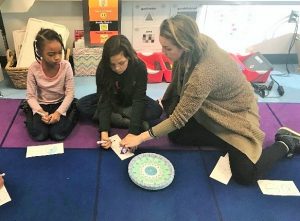 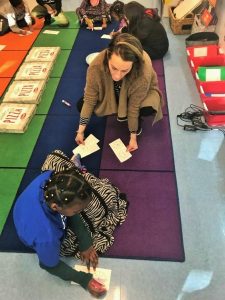 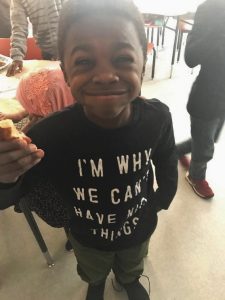